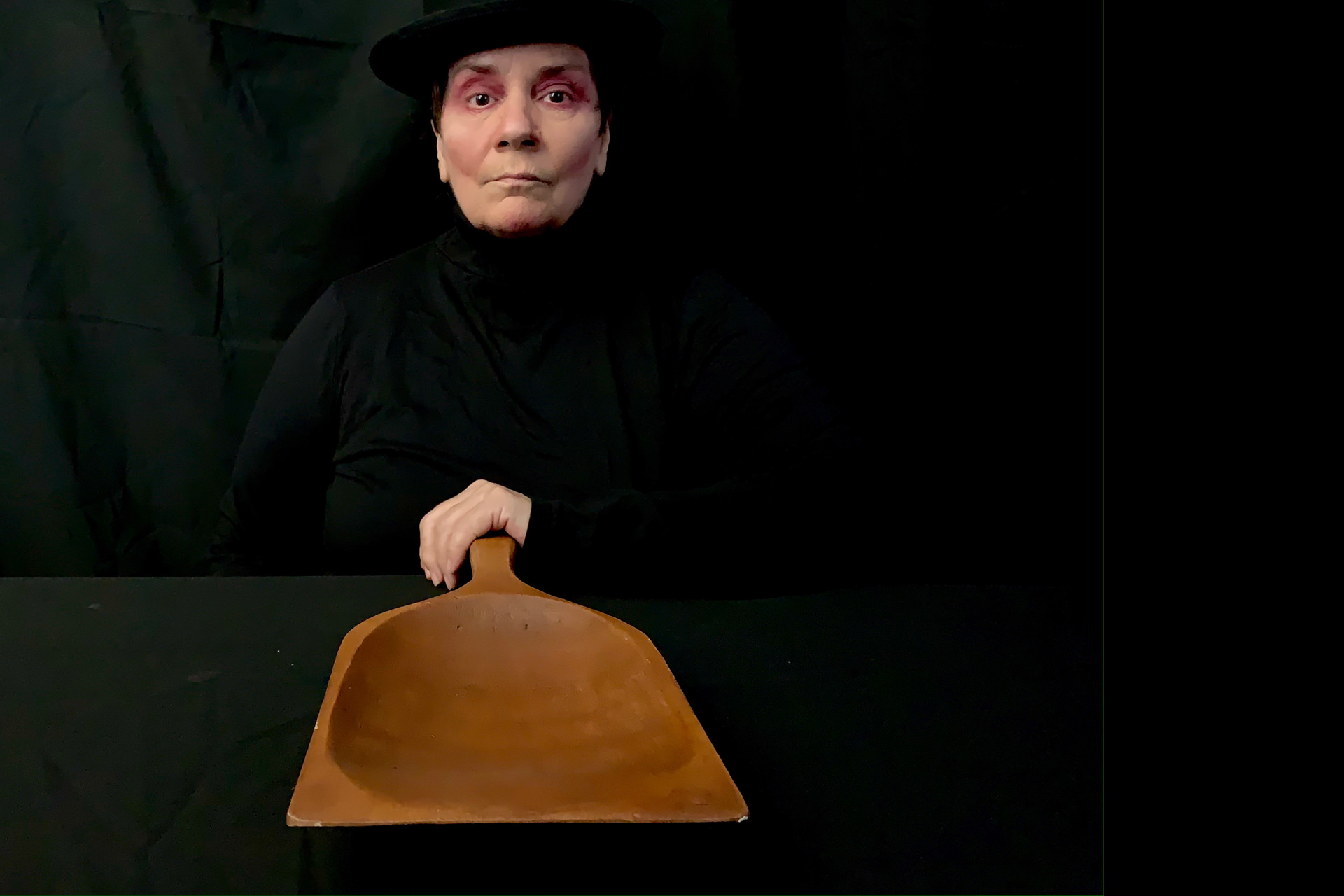 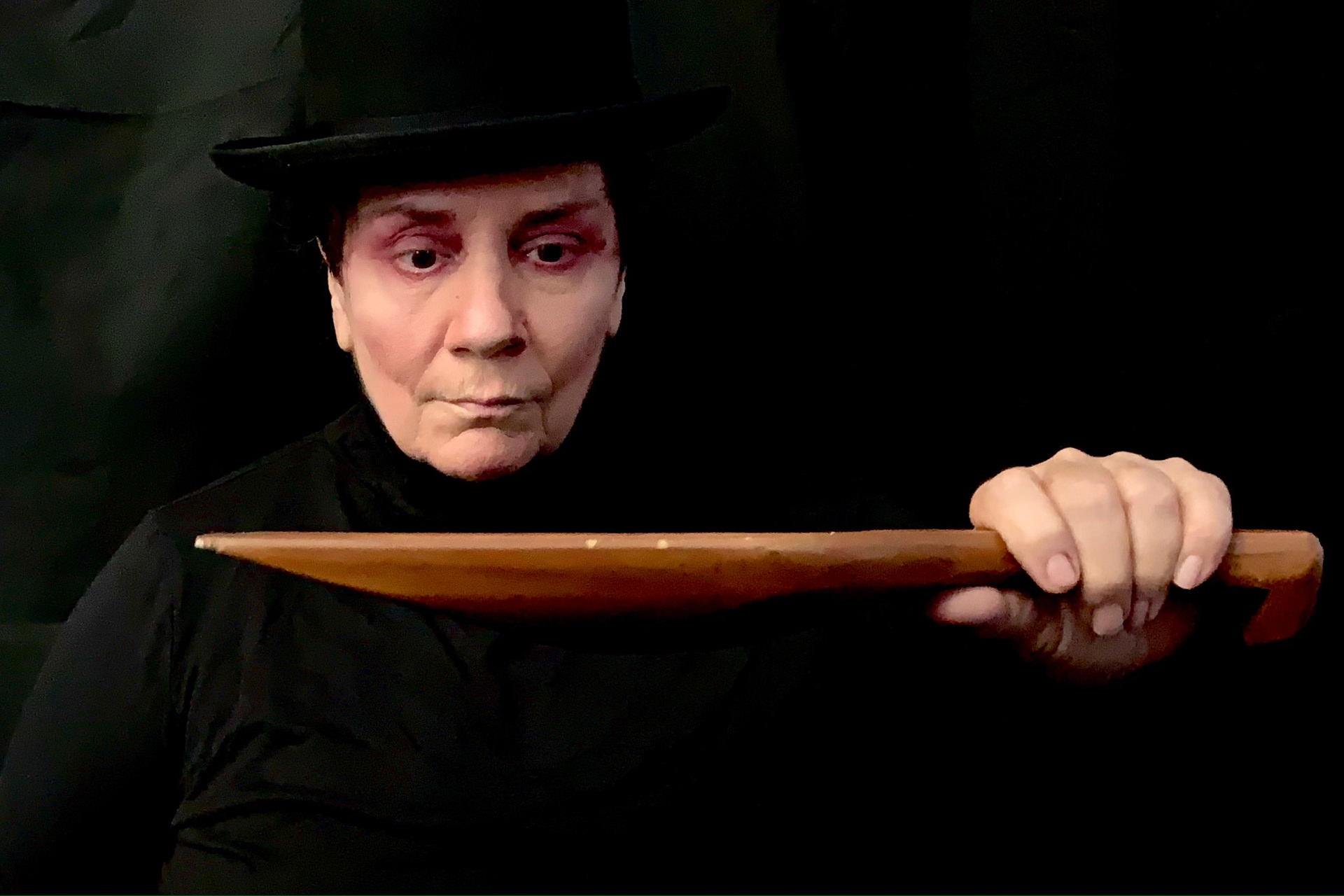 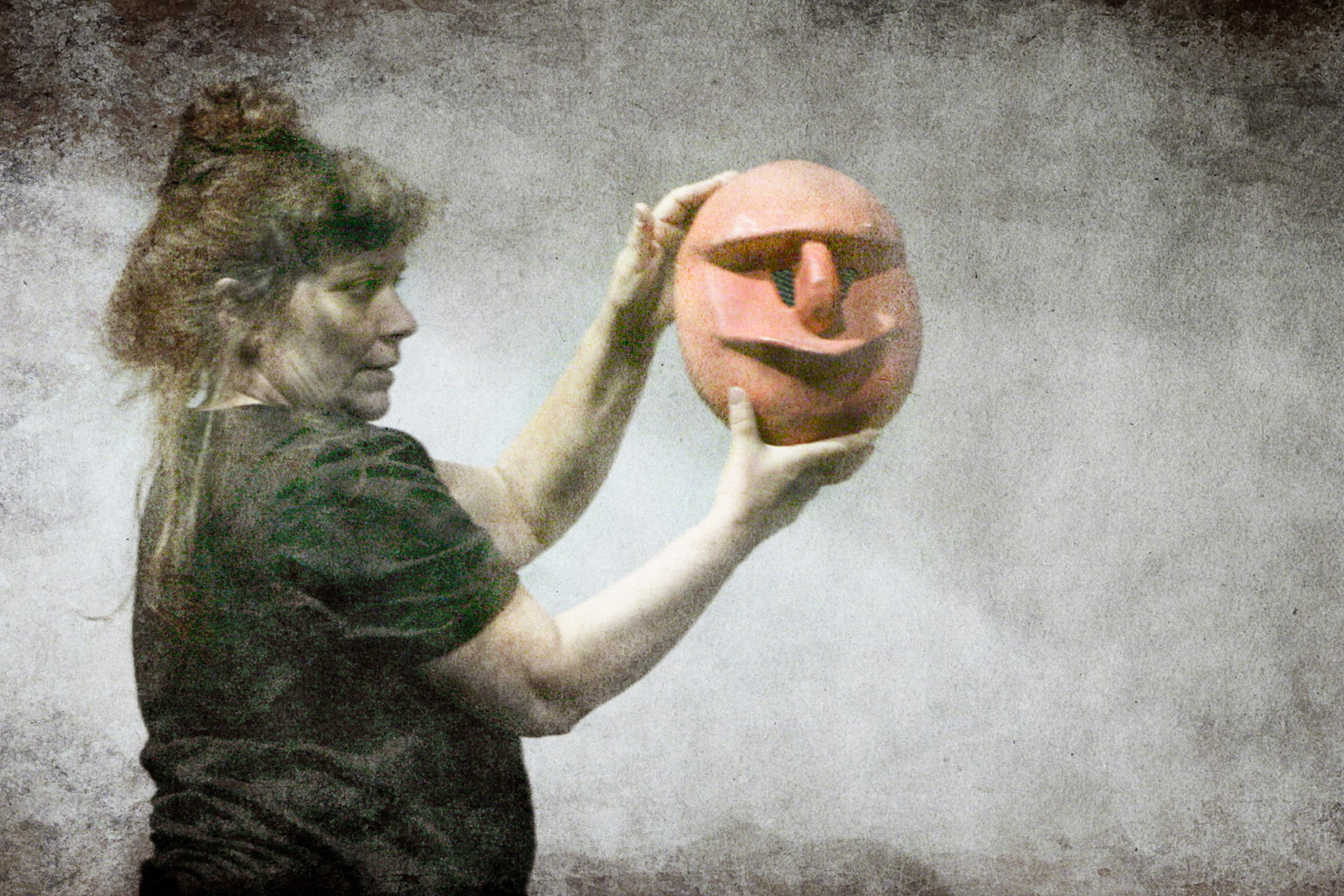 Deborah Hunt (NZ/PR) has been a mask performer and puppeteer since 1973 and defines her work as theatre of the useless.

Ladyfinger - not just a digital exercise

Not Just a Digital Exercise 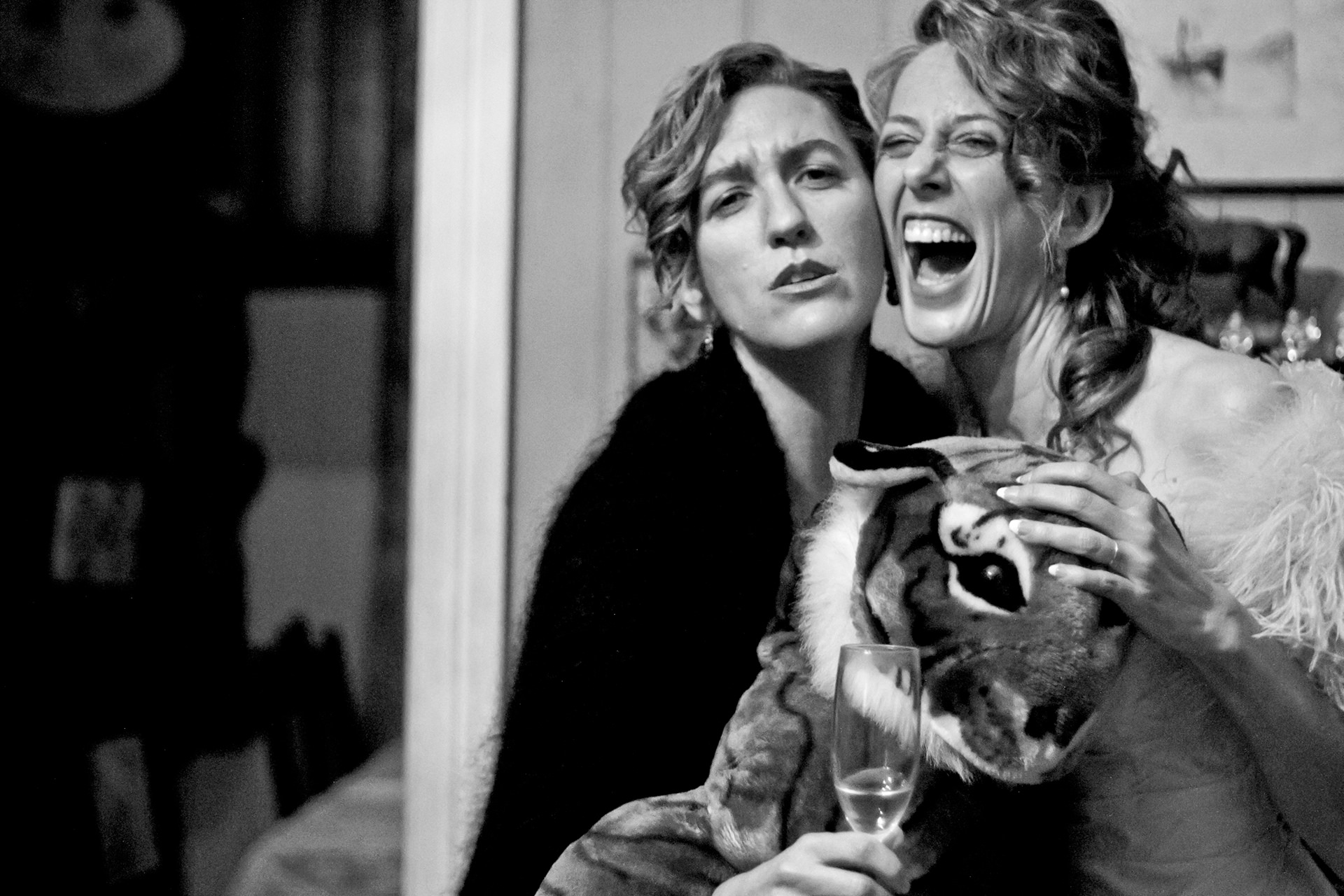 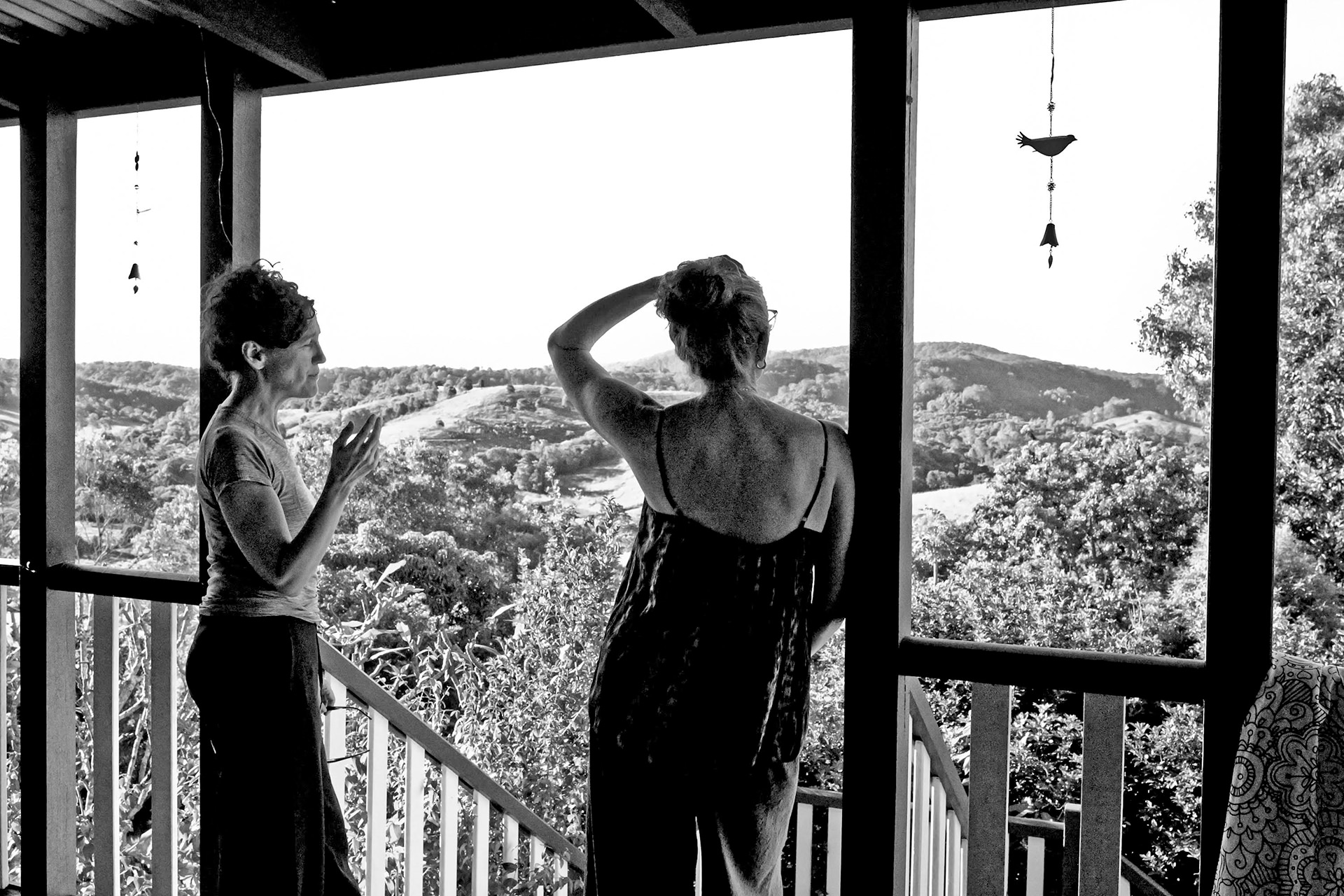 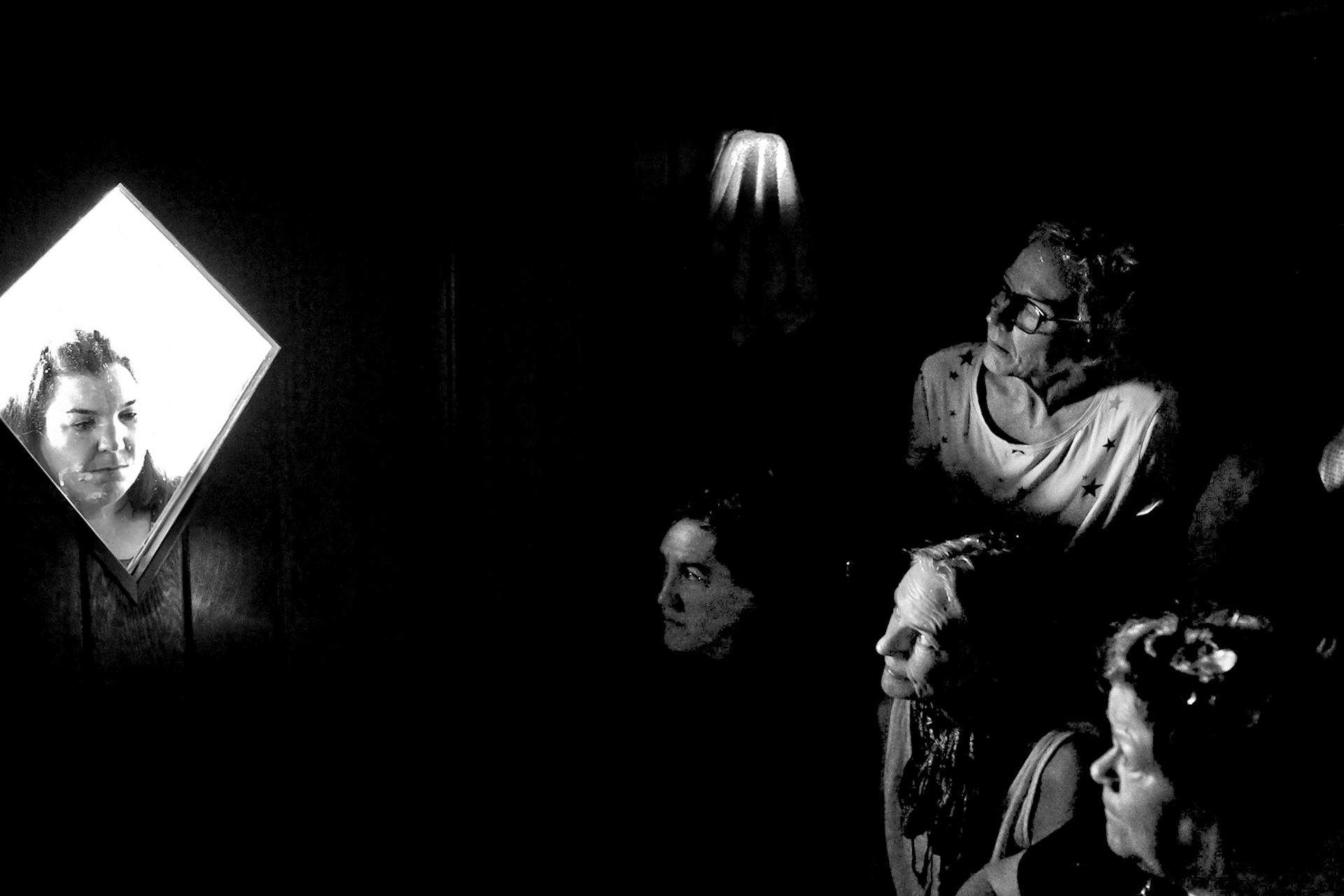 Company directors Dawn Albinger and Julie Robson discuss how Ladyfinger has embraced and resisted the online environment for training and new performance making during the time of the pandemic. Sharing old and new approaches to collaborating and exchanging with artists locally and across Australia, they highlight how their core principle of embodied, somatic enquiry and connection was nurtured on and off the screen.

LOCATION: Zoom – you will received an email with the zoom link once you have booked in.

Ladyfinger is a Brisbane-based contemporary performance company that perform, produce and publish. Their works are hand made by women and give voice to the female imaginary. They are also inspired by divas, monsters, lamenters and lullaby makers. www.ladyfinger.com.au

Dawn Albinger is a performance maker with a long history of creating solo and ensemble works, as well as feminist researcher on divas and devising practice.

Julie Robson is an artist, educator and researcher with specialisms in performance making, feminism, siren vocality, and innovation learning.

LANGUAGE: the artist talk will be in English.

It is What it Is

Compromising, Pivoting, and Surviving ‘In-Person’ Instruction During the Pandemic 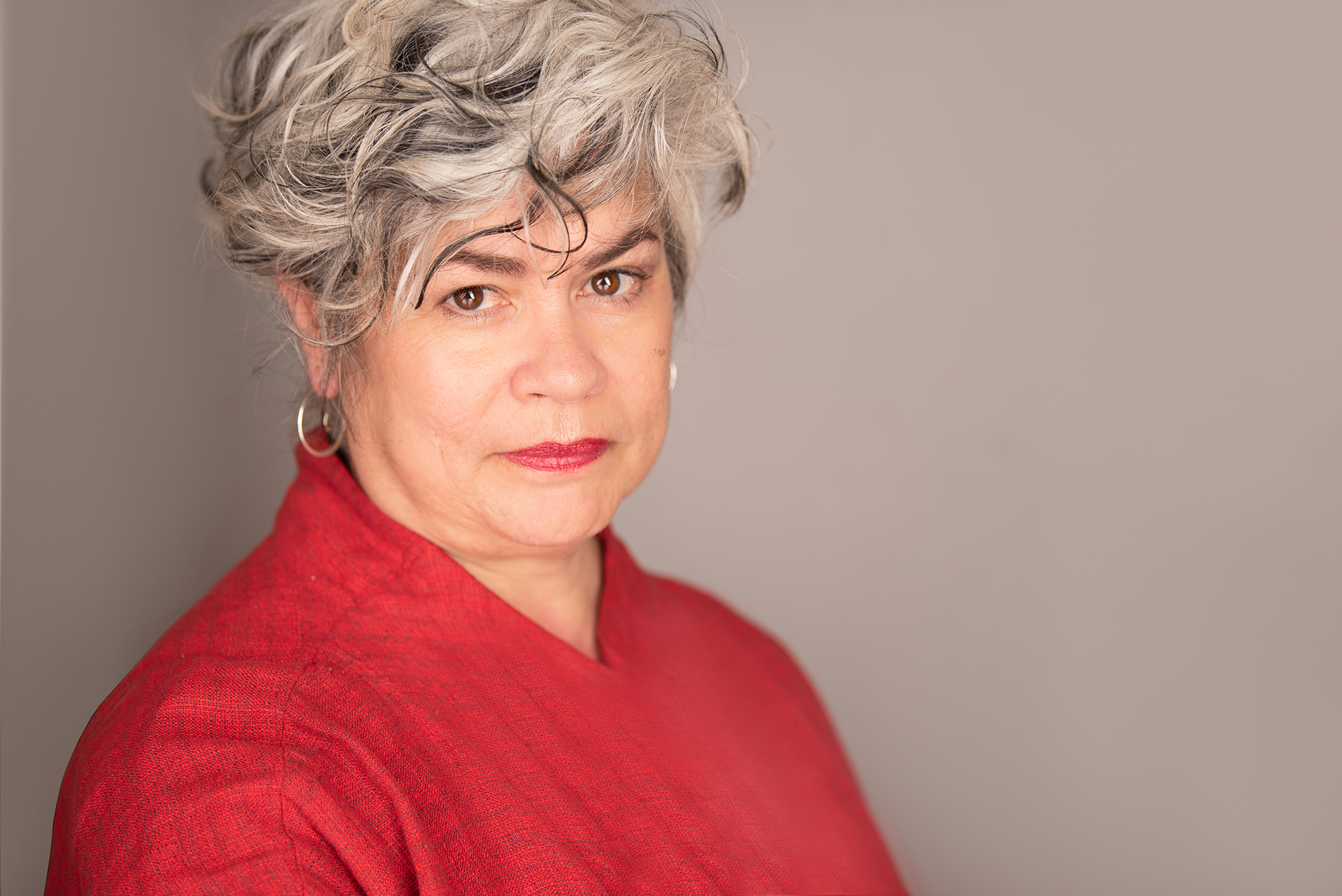 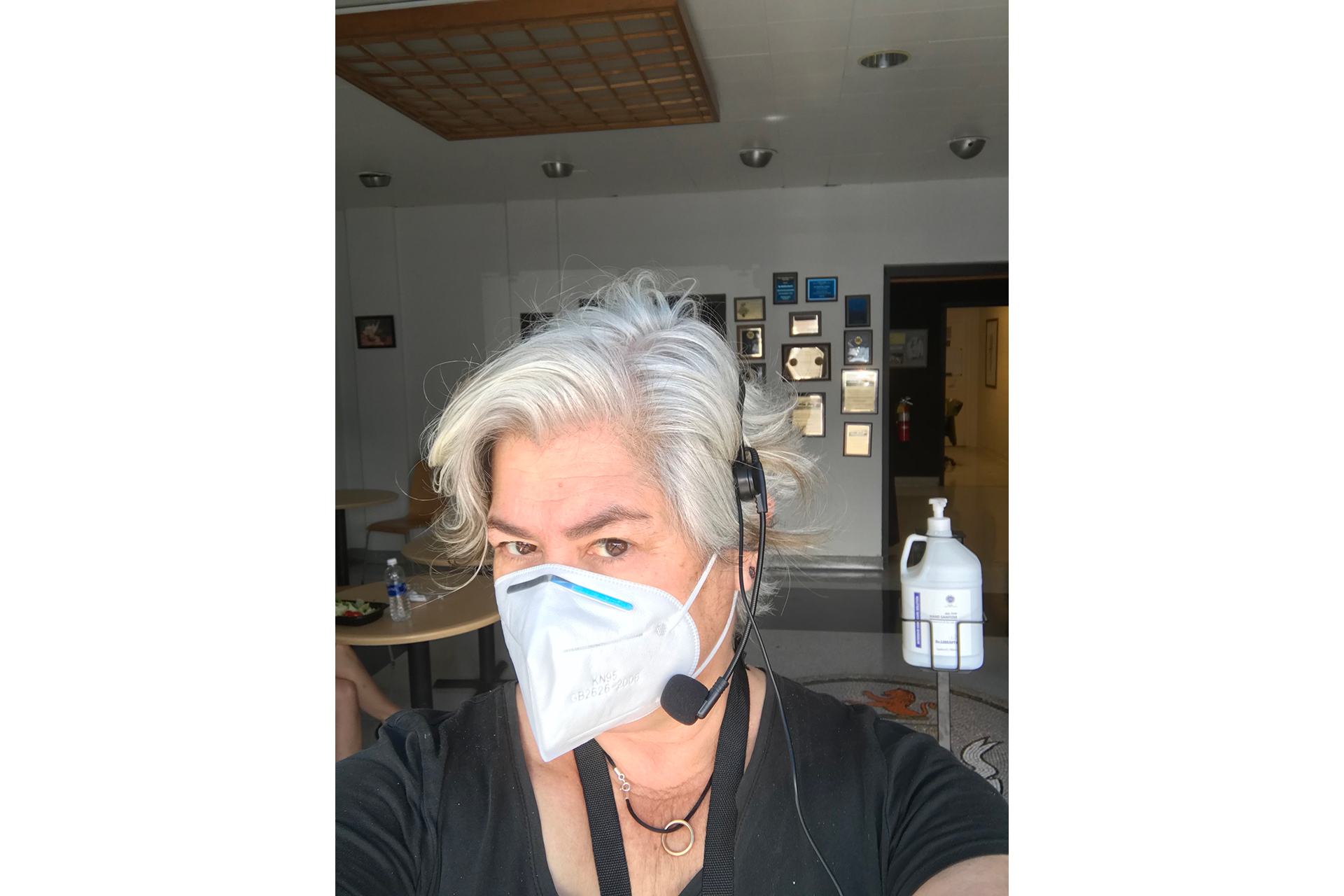 When I was asked to do an artists’ talk for the festival, I initially refused because I have not made, or performed anything in a couple of years. Then after a bracing conversation with Helen Varley Jamison, I realized that my teaching, especially during the pandemic, constituted an artistic practice of sorts- especially given that we were ‘live’ in studio during the entire academic year. My teaching practice involves all sorts of things that we understand were NOT good ideas during the pandemic: moving around, talking loudly, and singing. I’m going to relate some of the compromises and machinations my colleagues, my students and I developed that not only got us through the year- but potentially enhanced the way we’ve come to understand what we are teaching, and what we are learning.

LOCATION: Zoom – you will received an email with the zoom link once you have booked in.

Maria Porter has been a theater educator for over 30 years. As an actor, she has performed in New York and regionally at such theaters as Clubbed Thumb, Salt Theater, Target Margin, Milwaukee Playhouse, The Hangar Theatre, Hartford Stage, Virginia Stage Company, and The Kennedy Center.

Maria is a master teacher of the Suzuki method of actor training, and has integrated it with other acting techniques to create an original pedagogy: a hybrid including elements from Suzuki, Viewpoints, and the Stanislavski tradition. Her first solo, Ennobling Nonna, which integrated this technique in a devised performance, was performed at M.I.T, Brown University, the Perishable Theatre, and as part of the Transit Festival at the Odin Teatret in Denmark.

Her last solo work, The Space Inside, debuted in Phoenix, Arizona, and has been performed at conferences and festivals throughout the United States. Her work demonstrations and master classes in this pedagogy have been featured in festivals and conferences in Wales, Denmark, England, Cuba, Peru, Greece, Spain and Switzerland.

She has directed and co-created several ensemble-based performances that have been featured in festivals in Italy, Canada, Prague, New York and Scotland. Internationally she has directed in Spain, and performed with Teatro delle Radici in Lugano, Switzerland. She has been on the faculty of Long Island University for 27 years, where she is Professor and Director of Theatre. Her book on her original pedagogy, Re-Purposing Suzuki: A Hybrid Approach to Actor Training, published by Routledge Press, will be released in Fall 2021 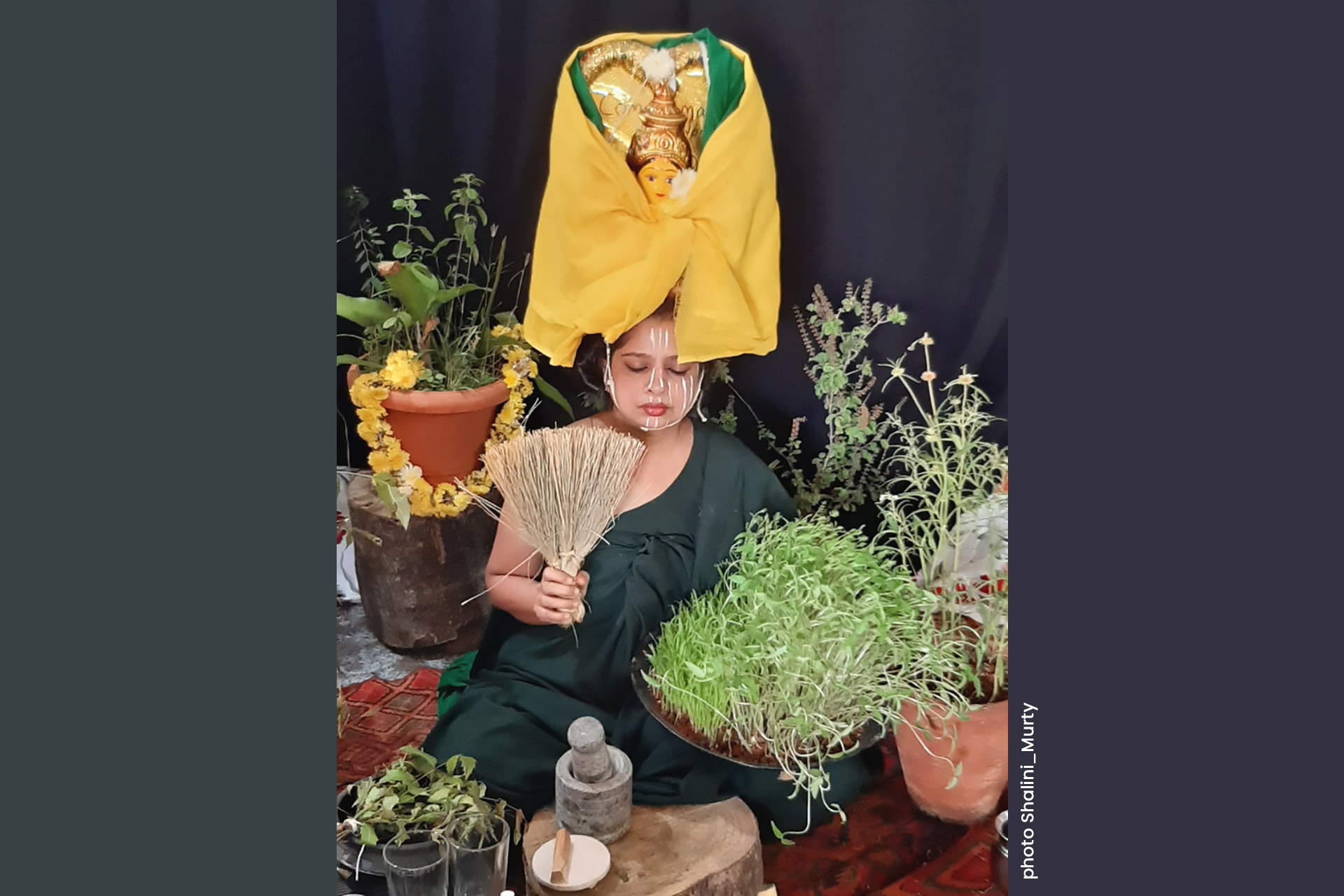 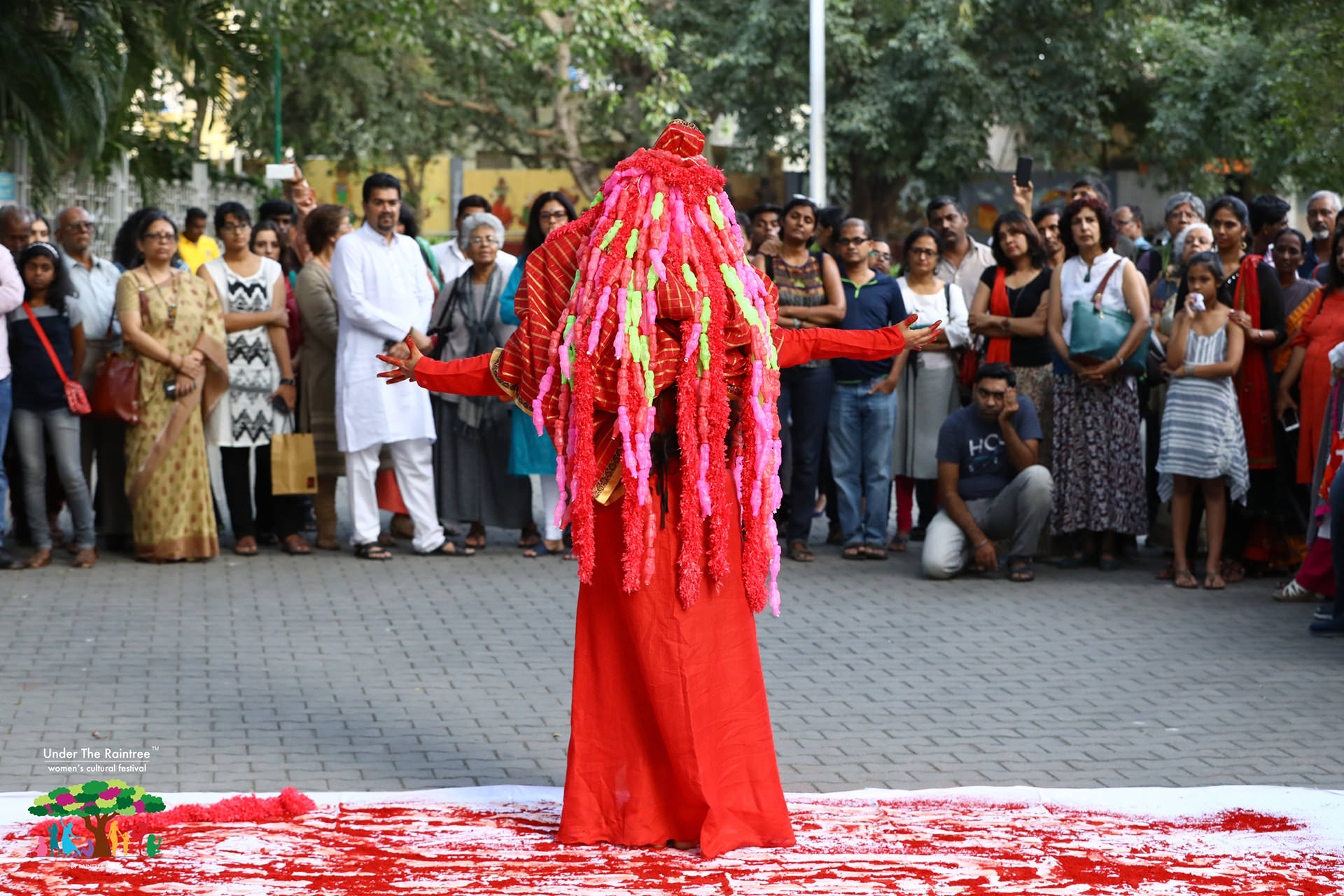 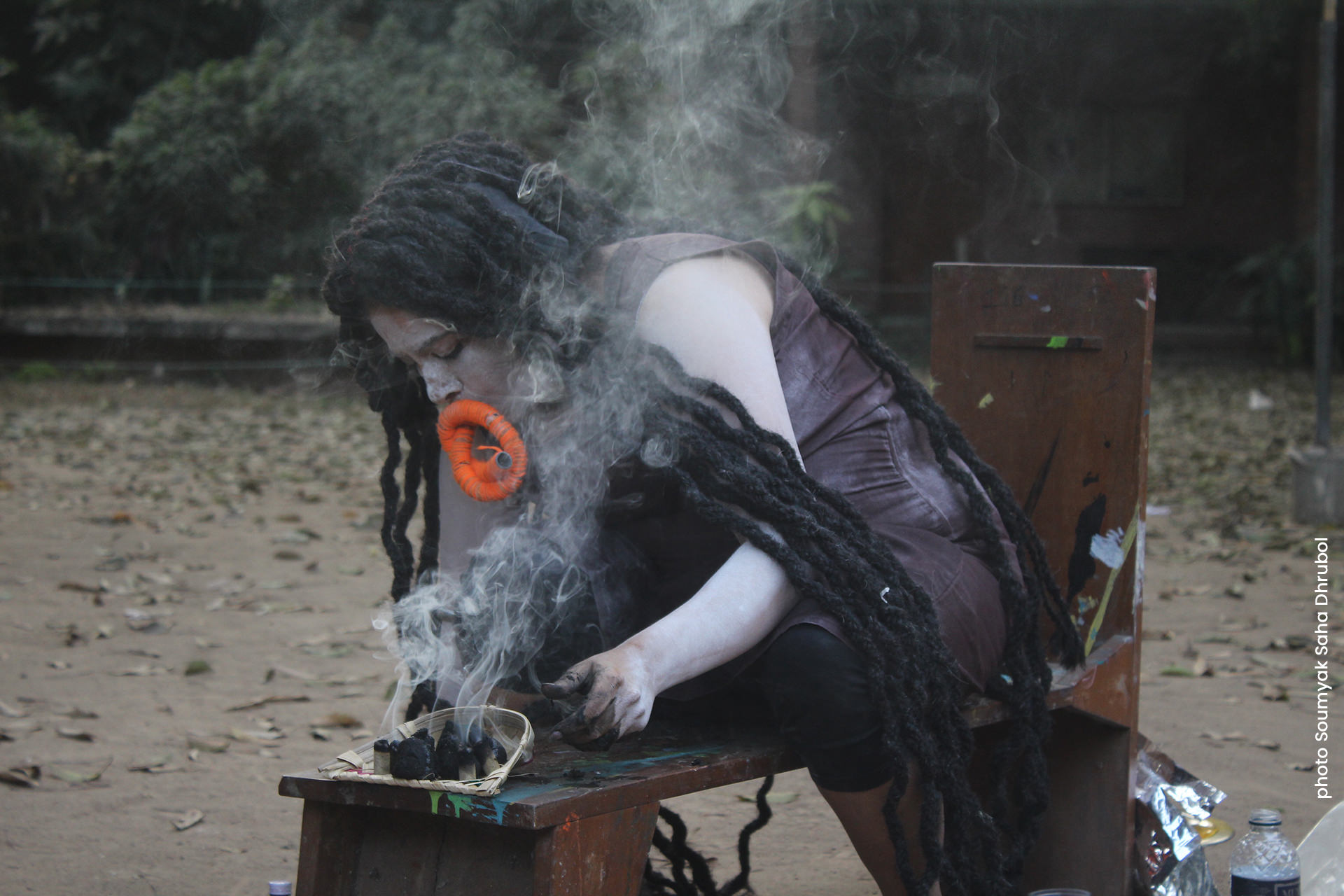 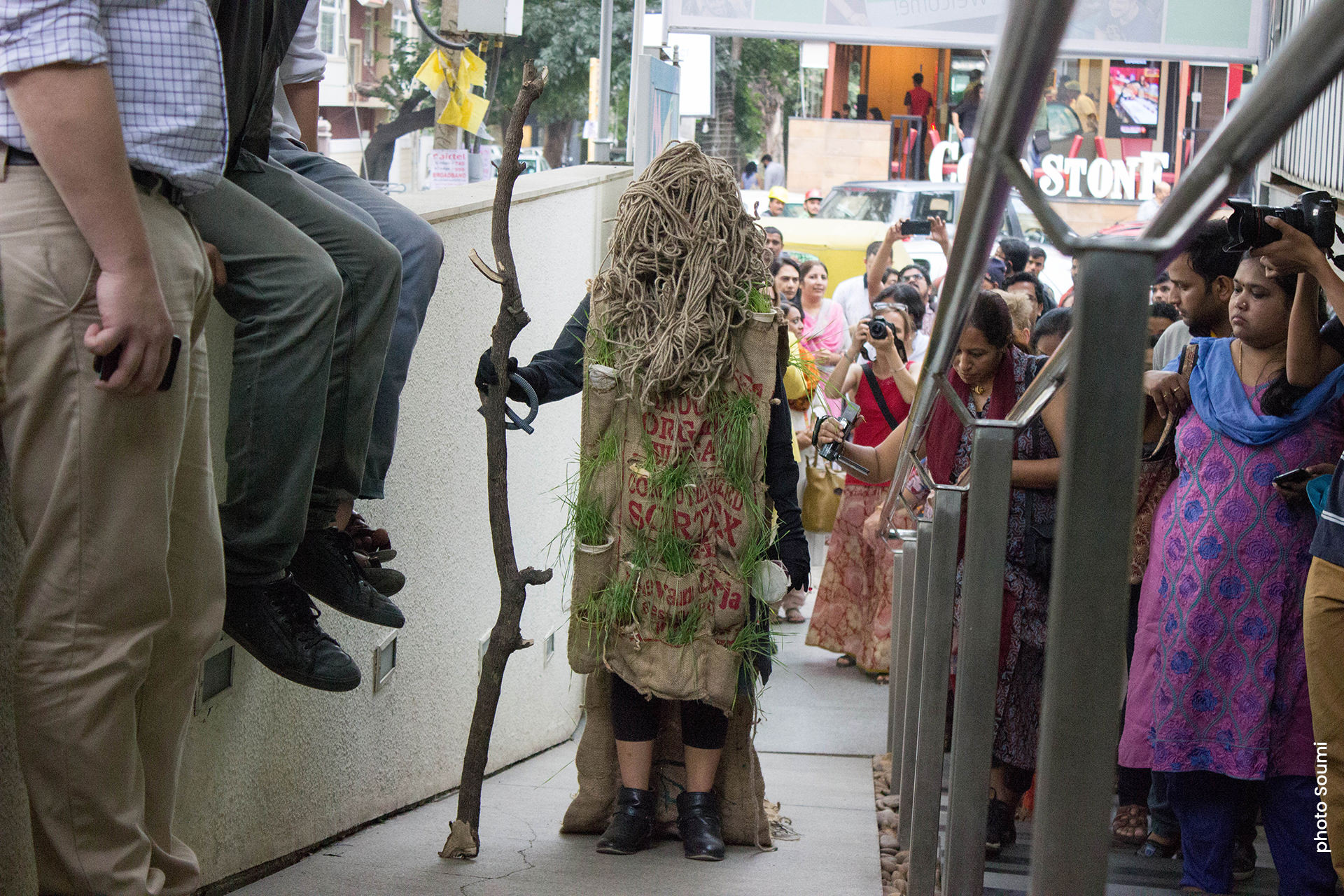 Prayer of a Shaman is a performance shamanistic ritual act. It establishes an image of the pandemic goddess who is a healer. The performer attempts to embody the body through a ritual into the goddess of a pandemic. The performer body facilitates transmuting the message to the goddess and in the process becoming goddess itself. The healing is done through various herbal plants. Usually my performances deal with my audience through one to one interaction since every individual has their own psychological and emotional and physical concerns. My work is inspired by reference of goddess image from cultural roots but not directly portrayed, it just hints to the reference of my cultural roots.

Dimple B Shah is a practicing multidisciplinary artist from Bangalore. She studied at MS University, Baroda. Her art practice has developed in painting, printmaking, installation and performance art. She has practiced live performance art for 20 years and widely performed in International festivals and biennales including in Zurich, Paris, Munich, Gothenburg, Lagos, Colombo, Dhaka and many places in India.

2020 has been a most depressing and traumatic year. The Pandemic period due to Covid19 has taken a toll all over the world – almost half a year is gone in lockdown. Bangalore is one of the fastest growing danger cities and I am presently in a containment zone with 6 active cases in my lane. Bangalore has the fastest doubling rate compared to other cities, with no beds in hospital, every lane and corner affected and 3000 home-quarantined Covid patients. This year has been a year of fear and home isolation, most of the time spent in the four walls of our home. I have not gone out since March. This is
traumatic and psychologically we are confronting many things at the same time – on one side disease and the fear of corona virus, and on the other side job survival as an artist. It been very tough without much support from the government, especially in India.
This set of work was created during home isolation.
Performances During Lockdown July –March 2020